The most efficient way to use poultry manure

In Germany, approximate 1.4 m hectares of energy crops are raised to produce biogas. In regions which are full of finishing industries, the competition between biogas plants and livestock farming has raised in the past years. Both production branches compete for fodder acreage and the areas to which the nutrients are applied. At the same time, both are facing the accusation of groundwater nitrate pollution in consequence of overfertilisation.

The use of farm fertiliser from poultry farming in biogas plants is at present only observable in very manageable proportions – even though the gas yields from poultry manure are comparable to those from maize. The reason for this is the high concentration of nutrients, in particular the nitrogen concentration. The resulting ammonia content leads to inhibitions in the fermentation process of a biogas plant. Therefore, a huge part of nitrogenous farm fertiliser ends up on agricultural land – directly and untreated. Often the nutrients need to be exported from the regions due to the competition for land, which leads to further transportation costs and other negative impacts on climate and environment.

Replacing maize and other raw materials by existing, cost-effective residues is made possible by poultry profit® for the first time.

At the same time, the pressure concerning nutrients is reduced – especially in regions with much livestock farming. The visionary procedure precisely extracts the inhibiting ammonium content of highly nitrogenous residues so that they can be used in biogas plants. The technology can be integrated into the existing system with no effort, which makes it attractive for a wide range of applications.

With the addition of lime, the nitrogen-rich substrate (1) is processed in a closed cycle. (2) The resulting pH value shift as well as a thermal reaction cause a severe shift of the ammonium ammonia balance. The following effects occur:

A closed loop supplies the washing tower with an emission-free ammoniacal air mixture. (3) The builtin dust collectors and gas scrubbers, the process air is reclaimed and can be lead back to the process. Within the gas scrubber, the ammonia is eluted with a sulphuric acid. This ASL-solution can be re-used in many processes or could also be directly applied as mineral fertiliser.

poultry profit® was specially developed for the requirements of the modern agricultural and energy industry. For every requirement, there are standardized systems which can process between 2 - 8 to/h of poultry manure. The following features characterise them:

From the preparation process emerge: 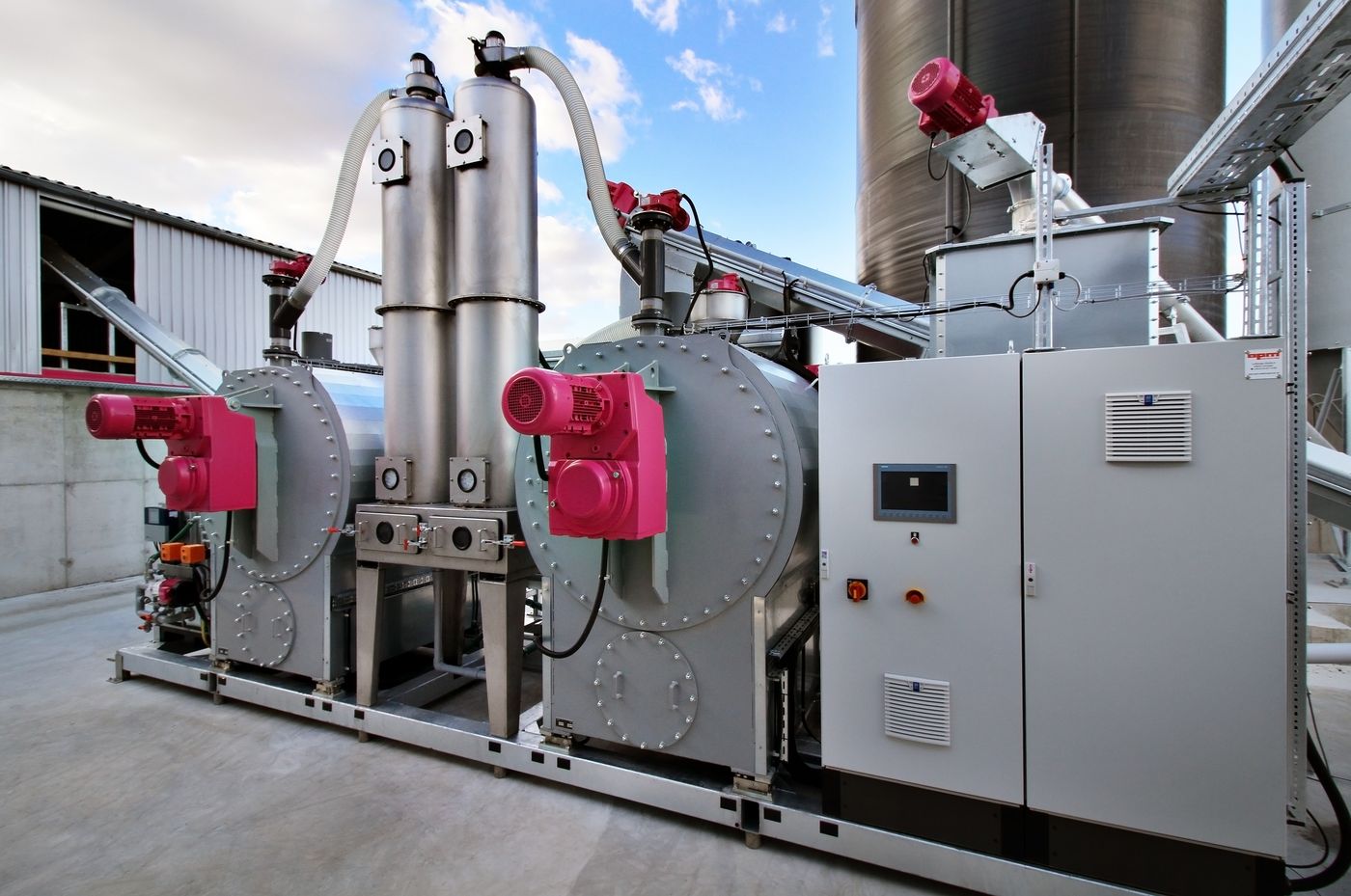 With poultry profit® largely unused residual waste is becoming useable for existing biogas plants. The effects are manifold – all the more, since the base substances are available in large quantities.

The innovative development of poultry profit® is particularly interesting for the following groups: